How AI Is Affecting The Future Of Art 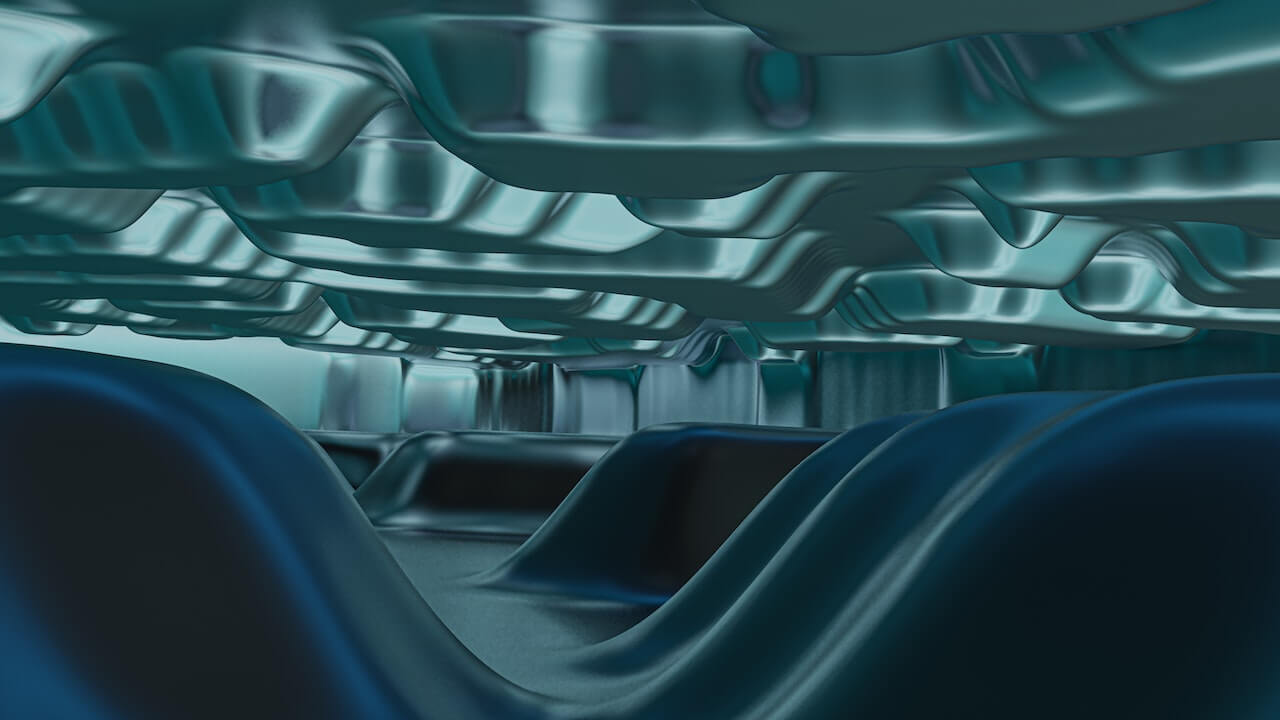 We're seeing a rise in how emerging innovations are being introduced across industries. From finance to nano technology and from robotics to blockchain, there's a marked increase in the way humans and machines are working together.

AI has a lot of potential to be influential in the design world, but we must climb down from the hype of artificial intelligence being some artificial intelligence that will work as some kind of magic-tech. It all comes down to finding better ways to use the technology to make design stronger. The right way to think about AI is augmented intelligence, which is simply narrowed down from something much more complex.

The facets that comprise AI keeps growing. From the ways that our computers and brains work together to how machines that can be digitally replicated are being influenced by the knowledge of human observers. These changes are beginning to recede how technology progresses more rapidly.

Everyday we see the rise of AI-assisted solutions. More and more machines are being connected to each other so that they are not controlled by humans. The human element is back in full force by being aware of how design and technology can function together.

Instead of controlling these machines, we interact with them.  They adjust themselves or react to specific patterns based on our actions and preferences.AI art is part of these innovations.

Artificial Intelligence is the development of computer systems that are able to mimic or otherwise act like a human being. Machine learning occurs when algorithms improve in their ability to process data by observing things in their environment and making future choices based on what they have learned.

How AI is Becoming a Major Aspect of Design

AI is still a relatively young field, but one that has been making serious inroads over the past few years. It’s difficult to quantify accurately just how much AI is impacting design firms right now, but this growth shows no sign of slowing.

There are two primary motivations for the use of AI in design firms by human designers. The first is scanning ability. Search engines such as Google and Bing are already adept at providing more relevant organic search results. With the ability to sort those search results into specific categories, designers can widen their scope for ideas and inspiration. This increases the opportunity to discover great ideas among content, inventions, and advice.

AIsystems are also more effective at finding the particular details that designfirms are looking for when scanning images. In fact, nearly half of allbusinesses that have AI-implemented into their scanning processes are able todo so based on images alone. With something like Photoshop, a user is able tomanually do this within a higher level of automation. More recent softwaresolutions give this same level of human-machine interaction without theexacting level of manual control.

Ultimately, Artificial intelligence (AI) is about optimization and speed. You can create a design faster and more efficiently using AI. Designers can pick the best designs to test based on the speed it can analyze vast amounts of data and suggest anything from a few simple design adjustments to radical redesigns. The quality of its design is often harsh and fast to test, as it is focused on speed using AI's ability to learn from current best practices and adapt quickly for new design solutions. AI prototypes can be used as a means of A/B test to get the best results using multiple prototype versions.

4 Ways Artificial Intelligence will Change the Future of Design

Fast forward to the years to come and AI will have taken over the process of creating visual content. AI can now take thousands of photographs and video footage and merge it into a single moving image. What does that mean? It means that you can have the most photogenic, most attractive, and most memorable image of your product or brand in a matter of seconds.

One important benefit of the machine intelligence includes the generation of research designs like DALL-E 2. This innovative AI system learned how to create images from text descriptions. Now, it is easy to create an original, unique, and realistic image. All you need to do is send a photo into DALL-E and hit “generate”. DALL-E is currently still in its early development stages but the creator of the system, OpenAI has expanded access to the tool to a great number of users. DALL-E gives designers and art directors all over the globe the ability to shoot image sequences and change them through aesthetic or technical methods. It is likely to change the design game.

2. Image Enhancement Is About To Get Even more Impressive

Photo editing has been around for a long time but many people aren’t aware of its long history. In 1841, Calvert Richard Jones, a photographer took a photograph of five Capuchin monks. Four of the monks were in a cohesive composition but the front monk was standing behind the other four, a few feet behind. The painter filled in the gap with Indian ink and his act of manipulation became the foundation of this particular art form known as photo modification, editing, and manipulation.

Filters are electronic and digital tools used to improve quality, distinctive features, visual appeal and overall presentation of the image, such as an individual's appearance, in various ways. The filters that are designed by AI are powered by fine-tuned algorithms, which utilize feature detection, noise removal and image modification techniques on photos and images in order to effectively remove noise and pop-up of undesired distractions. Moreover, they can also increase contrast, adjust colors, work with dark and faulty light, and correct exposure. Some of the facial recognition AI-enhancing tools shave unwanted facial wrinkles and can be used to apply filters that can mimic or create unnatural additions of a hairlike appearance to the face, and also make the image looking like clear skin.

The name for this process of resizing an image and not losing any data is called data smoothing, but a more common name you'd hear is image processing. When an image goes through the process of image processing, it undergoes two main transformations. Upscaling which is, in practice, what we see when we see an oversized photo or poster. Resizing is not like photocopying an image on a page. Upscaling takes place in the real-world corresponding to the dimensions of the image that will appear on-screen or in an actual, physical space.

Some ofthe most notable examples of AI image enhancement tools are:

3. Background Removal Will No Longer Be A Pain In The Butt

In thereal world, not all objects exist with an accompanying background. As aconsequence, developing and maintaining images of the digital age often causesthe appearance of unneeded eye strain. Backgrounds visually charge our storiesby adding meaning and color depth to our content. They influence our interestby framing a layout, and they add beauty and interest to a static work.Interesting visuals create powerful messages; simple and static visuals becomeboring and dull.

Unfortunately,we don’t live in a perfect world of black and white contrast all objects inphotographs. The “sunset effect,” in which objects become stuck to thebackground, is common. And when trying to remove the background of an imagewith curly or frizzy hair, projects of those images generally take a long timeto edit out. AI technology makes automated removal of the background quick andpainless.

4. Everyone Will Be Capable Of Becoming An Artist

There’s now a tool called NVIDIA Canvas, which samples the lines you dragged on screen and turns them into landscapes. The NVIDIA Canvas programs will be limited to landscapes currently. However, we predict there will be more capabilities in the future that allow people to create all kinds of images.

Modern designers will increasingly require additional knowledge and expertise to contribute in more complicated multidisciplinary contexts. These may include more exotic specializations. Although the barrier of entry is lower, not every idea is a good idea. The best designers possess this ability to create something major, even though it does not have to be all-encompassing.

Artificial intelligence will help designers explore numerous variations of designs within fractions of the time and effort they currently use, which will result in a dramatic increase in the creation of content.

Success of such AI-generated designs comes with a demand of public resonance. At the current time, if they are something new and there's a novelty to it that excites the masses.

What Does the Rise of AI Technology Mean For Designers?

AI technology is advancing very quickly, which will make the work of designers considerably easier. Thanks to various artificial intelligence (AI) tools, designers are now able to create all kinds of work.

Due to artificial intelligence and machine learning, designers will not be fatigued by laborious and repetitive tasks like background removal. This will give them more time to explore more creative ideas.

But will it take away jobs from designers? The simple answer is no.

While AI is widely used in software design for image generation, editing, and illustration, as of yet, it is still human-dominated. The art world will require creativity and design-thinking skills just as it did thousands of years ago. To some extent, it's possible to say that the roles of designers may change from creators to curators. As inevitable as it is, the future isn't as gloom as we thought initially. Designers are here to stay. If you're looking for some design help and don't trust the robot uprising or your own eye for design, the professionals are here. Allow Mad Creative Beanstalk to help you get your designs done. It's hassle-free design work done for you.