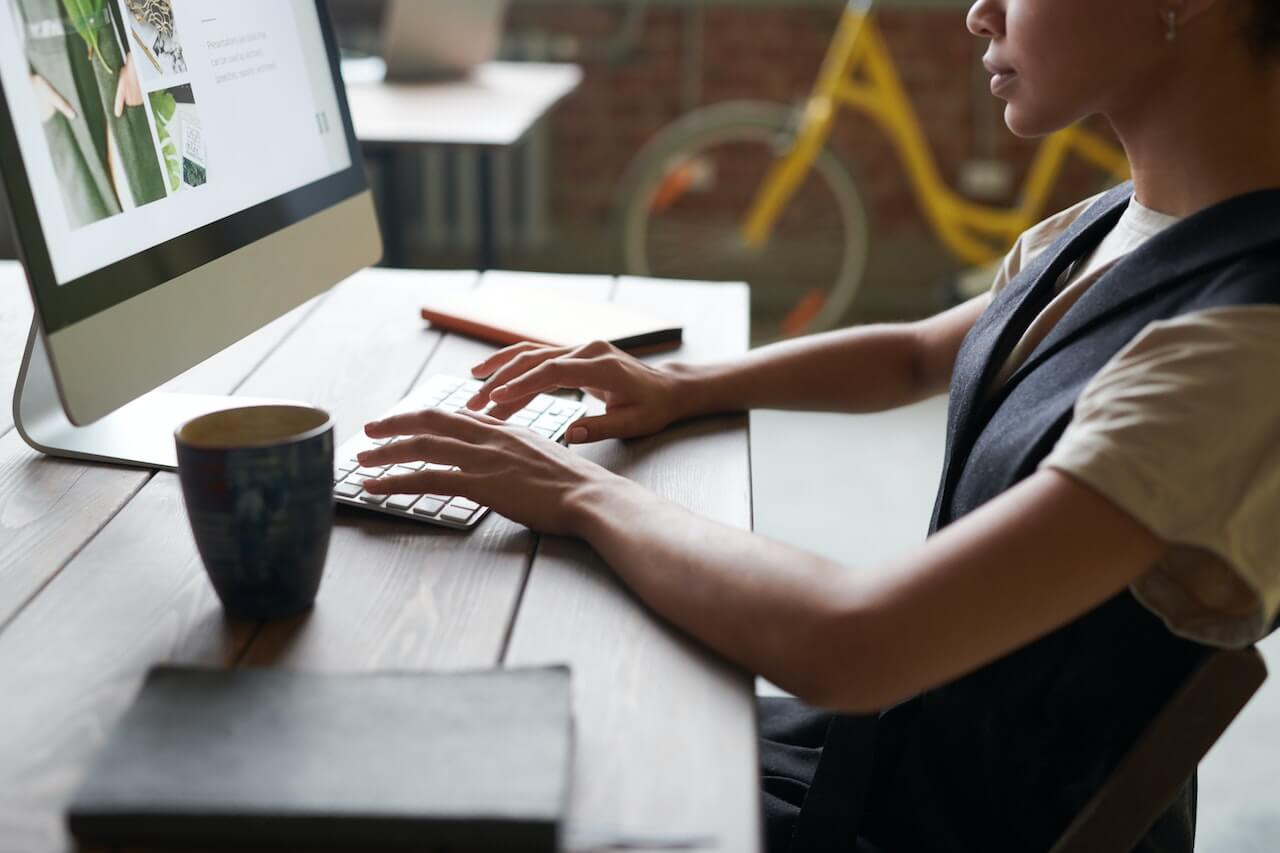 Many entrepreneurs want to make a lot of money and to control their destiny. That level of ambition requires learning how difficult both of those objectives truly are. What separates successful from unsuccessful entrepreneurs, of course, is the skill measuring entrepreneurship's hardest challenge and to know the difference between them. It has nothing to do with making it. Most people sincerely strive to have adequate income at every moment. Making it work and making it big is hard and a lot of entrepreneurs struggle to get it right for many reasons: The heavy time investment, effort and resources, a steep learning curve, and the need to wear many hats and do everything.

While obstacles are expected, you can win it all. You must choose between money and power. Begin by articulating your primary motivation for starting a business. Then understand the economic trade-offs associated with your idea. As your venture unfolds, you will make business decisions. Some involve spending resources that build your business. Others involve the decisions to remain aloof or to show your power. In each case, you should focus on the benefits of your decisions on a broader scale—benefits that will be hard to perceive within the incipient business.

If You Want to Get Rich

If you want to get rich, you need to quickly understand how the game is played. This is why it is critical to have a board of advisors that can help you navigate the early stages of your company.

On the other hand, to attract investors and executives, you have to cede control of most decision making. You have to entrust a team of people with your business and that in itself poses a big risk to you as a founder. Investment tends to come in stages. That's how funding works for startups. Each time a funding round comes into play, expect to see more of your investor's people join the board, gradually taking more control from you. This was exactly how it happened to Steve Jobs during his first tenure at Apple as CEO.

If wealth is what you are after, these are some of the things you need to keep in mind:

- Be open to alternative funding options and external financing

If You Want to Run the Company

Following the creation of your new business, it can help to bootstrap it with your own capital instead of accepting outside money. There may be less resources available to you as an independent owner. However, you will accrue financial autonomy, which can be more encouraging than a huge infusion of money. You can focus on building your business the way you want to.

Most launching owners want to be Jeff Bezos, Bill Gates, or Michael Dell who started a business that grew into a much bigger company. However, successful CEO-cum-founders are very rare. We looked into a list of 212 American start-ups that sprouted up in the late 1990s and early 2000s. About half of the companies’ founder hoped to be Bill Gates, a Phil Knight, or Anita Roddick. However, many failed.

Identifying opportunities in the world and launching businesses to solve them is a very special talent. However, people who are blessed with seeing opportunities in the world, and creating companies to solve it, work hard on mundane tasks like managing employees, quality control, and customer service. While these are important aspects of running a business, they are routine and not the activities that a founder is exceptionally good at.

Yet this may not be a topic that a founder can speak about because there is an ever-present narrative reinforcing our culture of entrepreneurship that discursively elevates the “hero” of the story – who is strong and unflinching; an established business with regulatory approval and unrivaled customer demand, built of nothing.

There’s at least some evidence supporting the assertion that the founding success of a company is related to how well it continues to perform. But if success in business was 1% inspiration and 99% perspiration, just the right people get to enjoy the inspiration. Being forced to run the business they founded, founders tend to become trapped in perspiration. They lose any excitement and become too tired to do what the job requires.

There are studies that show that companies that retain their original founder in CEO roles perform better than those who hire external CEOs. The case of Google is a good example of the founders learning the trade of a CEO from an outside expert and then taking over again. Being in the role of CEO is a learned skill. If that's something you want to do, this is what you have to keep in mind when doing it.

But sincere discussion about learning different skills, becoming more open about mental health issues, and developing a more fluid narrative, still needs to be done. The problem, though, is that people rarely talk about this stuff candidly.

The Cost Of The Startup Journey

While most founders and people in the startup industry are busy talking about funding and human capital, one key aspect of founding a startup tends to be missing from conversations - emotional capital.

When we talk about building startups, we're thinking about lots of costs. These include costs associated with staffing, the cost of capital, the cost per acquisition, and the opportunity cost.

But we never talk about the biggest cost – the emotional cost.

As startups globally contemplate how to continue to grow and scale, this perceived lack of perspective continues to fuel the suffering that startup founders feel. This raises the question of whether founders are adequately addressing these cost drivers, both in their personal and professional contexts.

We take a lot of things for granted when we're employees at a company. All the time spent mindlessly checking into work and chatting with co-workers, sharing the latest gossip or talking shit about the boss. All the lunch breaks and happy hours spent with peers seem like such a mundane thing to have. It's the expected work environment that we're all so used to.

Being a startup founder is like starting a job where nobody is telling you that you have arrived or what you have to do to succeed. It's incredibly lonely, and especially for a first time founder many experience the pressure to find traction so that investors won't see you as another idea factory.

You don’t really have peers – you have employees. You can’t complain about the boss because you are the boss, and talking about yourself in the 3rd person would make you seem crazy!

And that’s if you’re lucky enough to even have co-workers. Most of the time it’s just you, or at best a co-founder, and the long days and nights of never really being able to communicate and share can really add up.

The emotional cost of being alone takes its toll on each of your relationships. It’s assumed that you're alone and that you are disconnected from the business world, but the best medicine for being "Alone" is in actuality talking to other startup Founders. Most of where this stress builds is from failing to realize that everyone else is going through the same thing. Talking about it is the only relationship that really removes all the anxiety. Just talking about issues like work and worrying about money builds a sense of camaraderie that can alleviate any loneliness that exists.

When you launch it feels energizing, like the starter’s pistol and you can’t wait to go for a run. Every single task completed feels like progress, “Yay we registered a domain.”

A first wave of wins come up quickly and they're awesome. But after that, the low-hanging fruit wears off. That's when it becomes clear this isn't just a bunch of wins. This is a bunch of waiting for those wins. And you don’t know if that next wave of wins are coming again. That first customer that signed up initially was great, but how long did it take for the second to sign up? How can I count on there being more?

As your weeks turn into months and months turn into years, you find yourself waiting endlessly for that one moment when something will finally turn things around.

No one told you how ridiculously long this is going to take. You thought startups were fast-paced, but startup does not necessarily mean fast-paced. This starts a boatload of work.

The longer you wait, the less happy you will be because of your expectations about the problems and challenges you will face. This misalignment causes heartache.

The truth is, that's just how startup life is supposed to be. So understand it's a long game not a short game.

It’s a long game, because even if your physical stamina and mental acuity lasts, you may not have the financial stamina to back it up.

As you stay awake at 3am staring blankly at your bank balance trickling down to zero, anxiety sets in. "How am I going to pay for rent next month or buy food?" This is the inevitable life of a startup founder.

Looking around, everyone else seems to be doing fine. They seem to be living a significantly less troubled version of your startup life. Your Instagram feed is packed full of posts with founders finding financial freedom while posing next to their billion dollar house and collection of sports car. How did they do it?

Building a startup is one thing, getting rich from it is another. Don’t confuse the two. Think of your startup as a marriage: There is no “I love you but you’re not the one” version. This is a marriage that will one day place food on your table but right now you need to do anything to support your next meal. Sometimes that means a side hustle, sometimes it means living way below your means. Either way, it’s how every startup is actually funded. It's a waiting game after all.

To Sum It All Up

Regardless of what your motivations are for building a startup, consider the price you're willing to pay for it. Startup founders have to deal with many more costs than what can seen be at face value while they are building their companies.

We need to stop pretending that we're all robots that can create these businesses without taking a massive toll on ourselves in every aspect. We often are unaware of it, but success doesn’t come free. Building a startup isn't about finding freedom, if anything it's the reverse (at the start at least). We need to stop glamorizing startups as places where someone gets to work 80+ hours a week and that's a hard flex for their dedication. Those things shouldn't tie to our self-worth as people working on or in a startup.

As more and more people continue to build their own businesses, it's important that we start having more transparent conversations on what our true motivations are and what the real cost is to building a startup. It's not all glitz and glamor on the treacherous startup journey.

"Our lives improve only when we take chances, and the first and most difficult risk we can take is to be honest with ourselves." - Walter Anderson

How to Use Newsjacking to Boost Your Business

The Role of Graphic Design in Startup Marketing

Defining Design Quality: What is it and How do You Get it?

The Benefits of Remote Working for Your Employees
BACK TO HOMEPAGE